A cataract exists when the natural crystalline lens of the eye becomes cloudy or opaque over time, leading to blurring and a gradual loss of visual clarity. It is the most common cause of visual impairment and blindness around the world. Fortunately, it is easily treated by surgery and in fact, it is the most commonly performed elective procedure in the world, with around 300,000 treatments undertaken every year in the UK alone. David Gartry now performs laser-assisted cataract surgery, known as femto-phako, which is the most advanced cataract surgery technique currently available.

The term ‘cataract’ is derived from the Latin word for ‘waterfall’ and the Greek word for ‘broken water’, representing something that stops the passing of light. In a young, healthy person, the ‘lens’ within their eye is as clear as glass allowing light to easily pass through, to the back of the eye. Any clouding or misting of this lens is termed ‘cataract’, as it reduces the amount of light reaching the back of the eye. This is usually a gradual process that affects both eyes, although one eye may be more affected than the other. 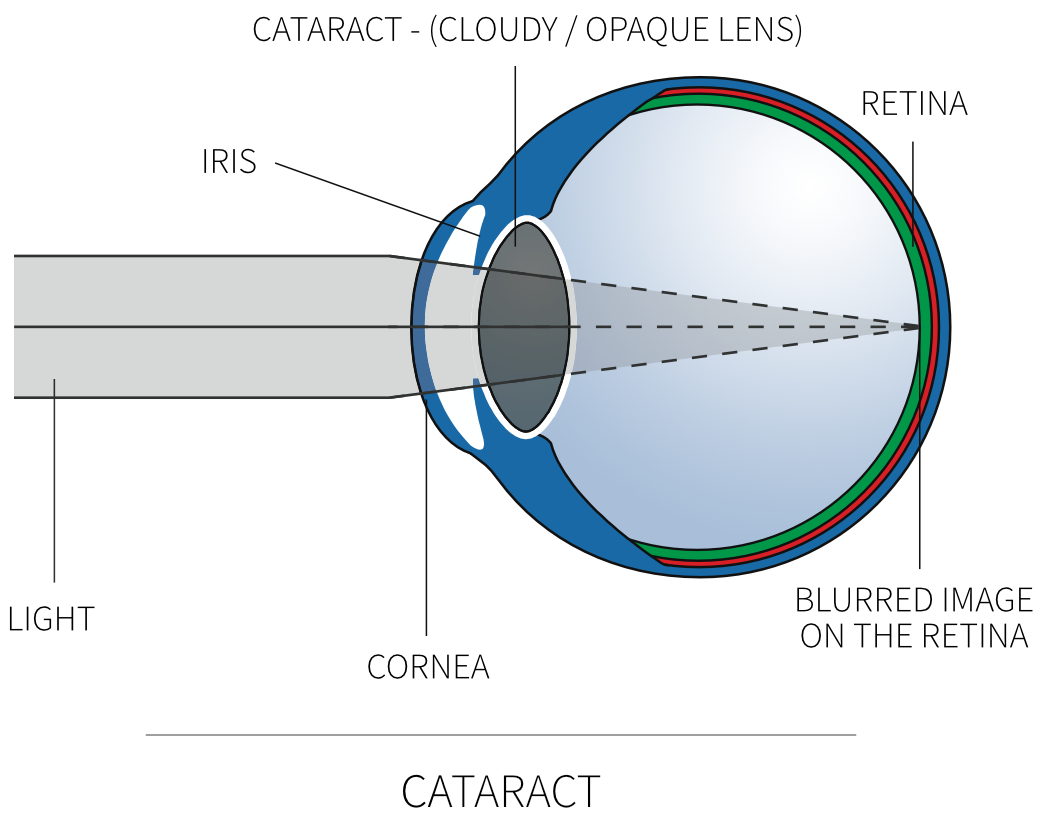 Most cataracts develop in later life, although they can sometimes be present at birth, be drug-induced or develop after injury to the eye. Mild clouding of the lenses is common in people of all ages, although surgery is not required if vision remains unaffected. Some people are unaware that cataracts are developing – it is often a very slow process that starts at the edge of the lens and may not initially affect vision.

Surgery is performed when clouding becomes noticeable and starts to impede the patient’s daily life. There are a number of factors that will affect the timing of surgery, such as occupation, night-driving difficulties, general glare or scattering of light, and how well the patient can read a standard eye-test chart.

Why do people develop it?

Cataract is generally age-related, typically affecting people over the age of 60 years. In fact, 100% of people aged over 80 have signs of the condition. However, the chances of developing cataract at a younger age are higher in certain groups, for example if a person has:

How does cataract affect vision?

Cataract causes painless loss in vision which usually occurs gradually over a number of years. Many people with early cataract (mild hazing of the lens) are unaware of the effect on their vision until more advanced stages, where symptoms can include one or more of the following: 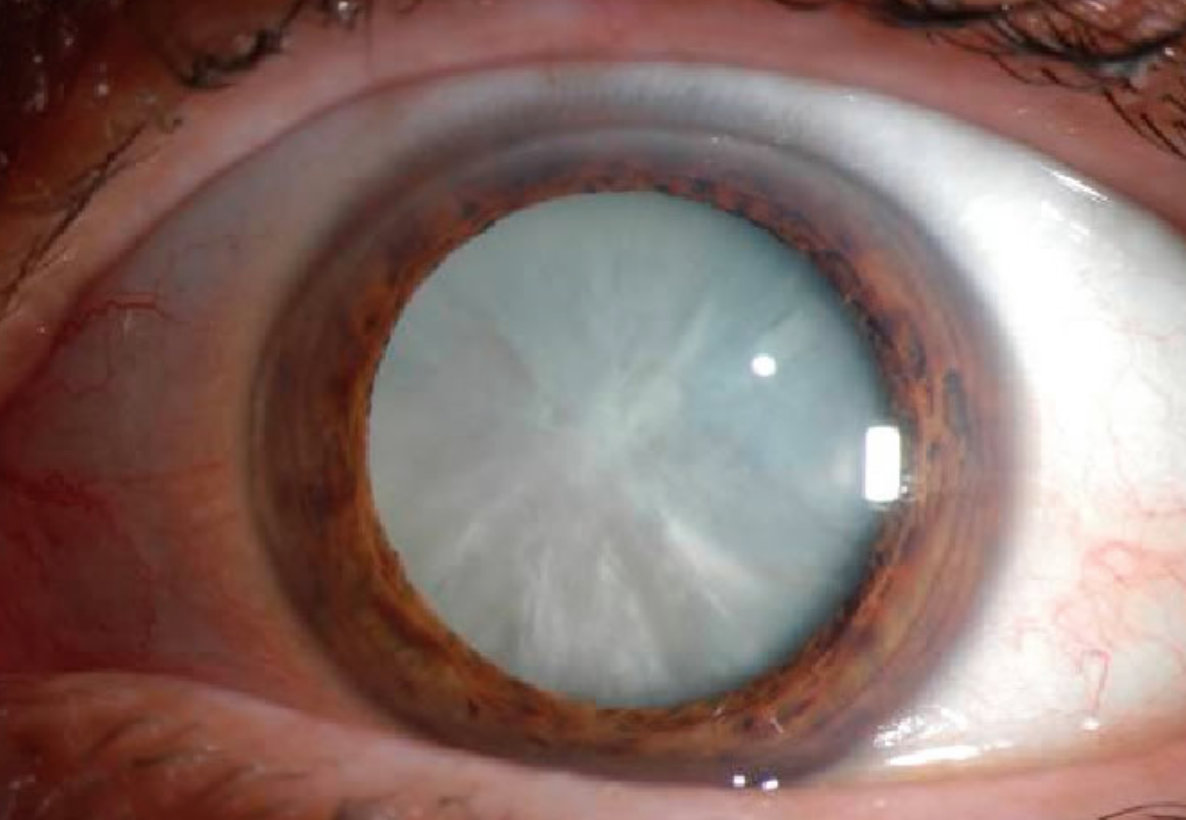 A cataract in a patient characterised by the blurred, grey opaque appearance

It is no longer considered necessary or desirable to wait until a cataract has fully developed (by which time the patient would have been eligible for registration as blind) before undergoing surgery. However, waiting for cataract surgery does not harm the health of your eye, and equally good results can be obtained from cataract surgery performed at an early or a later stage.

How can it be treated?

Cataract is treated with surgery. With rapid advancements in surgical techniques over time, uncomplicated cataract surgery can be performed within 20 minutes under local anaesthetic! During the procedure, the cloudy lens inside the eye is replaced with a clear, plastic one. Traditionally, surgery was indicated when a cataract had progressed to a level where it impacted a person’s day-to-day life e.g. their ability to drive. However, in recent years, more people are opting to undergo surgery at an earlier stage as the procedure can also provide an option to reduce their dependence on spectacles.

Claude Monet, the French impressionist artist developed cataract in both eyes in his 60s – this is thought to have had a profound effect on his iconic paintings of water lilies and ponds. His advancing cataracts affected both his vision quality and perception of colour. Compared to his work after cataract surgery, his preoperative pieces used broader paint strokes and more garish colours. In fact, at one point he had to label paint tubes and memorise their order on his palette to avoid confusing colours!